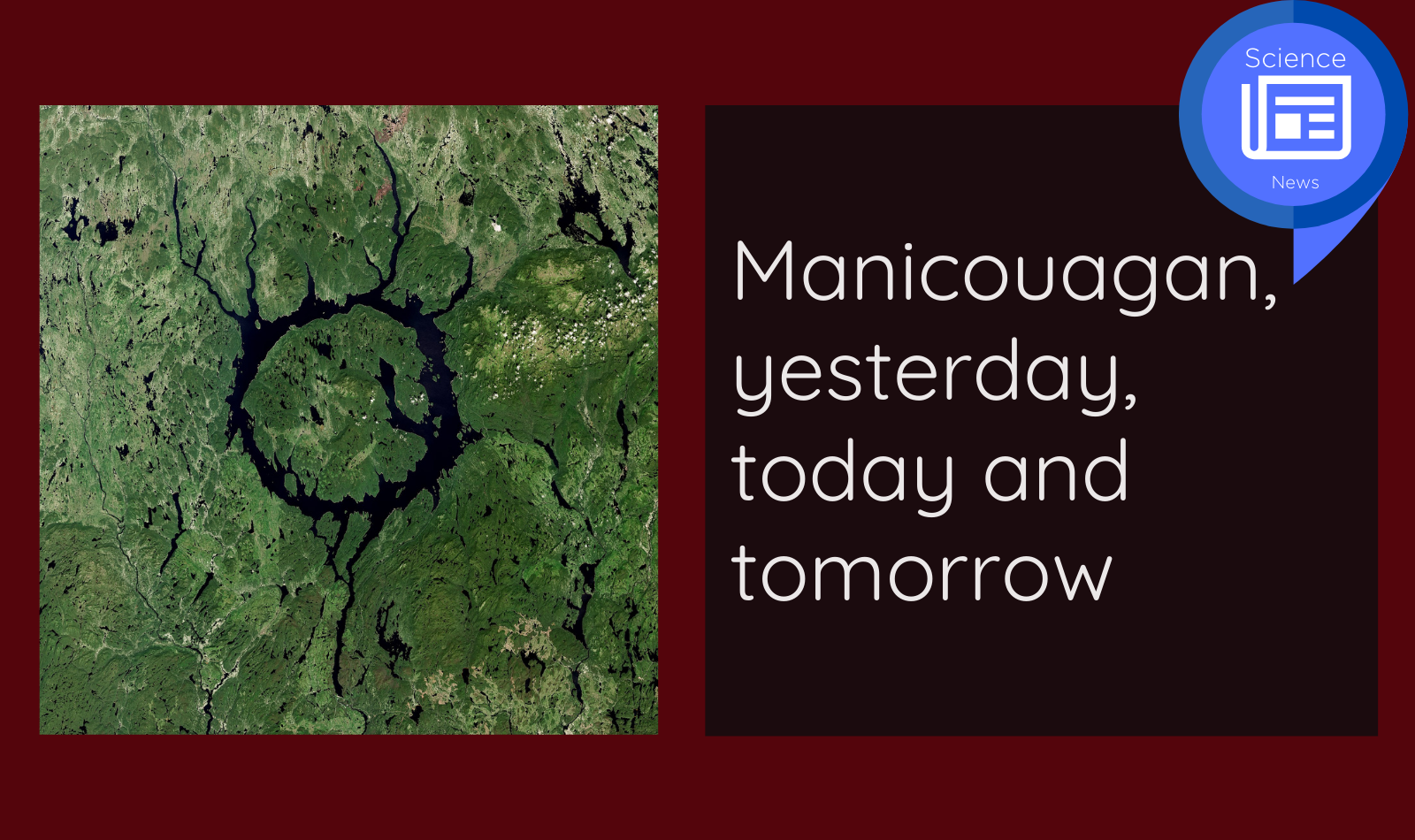 Manicouagan is more than just a hydroelectric dam and its vast reservoir nestled in a meteorite crater. It is also a river, from its mouth to the lake. In fact, it is an entire ancestral territory, the homeland , or Nitassinan, of the Innu community of Pessamit. At the intersection of these perspectives is geography, which is not only physical but also cultural and historical.

It is with this triple geographical approach that the research project " Dynamique du territoire ancestral innu (Nitassinan) à travers l'étude morpho-sédimentaire et socioculturel du lac-réservoir Manicouagan ", tries to understand the consequences of hydroelectric development on the landscape and on the life of the Innu.

Let's go back to the days before the white man encroached on Nitassinan. "The Innu moved along the rivers, which were like highways to navigate the territory following a seasonal cycle," says Justine Gagnon, assistant professor affiliated with the Canada Research Chair in Indigenous Heritage and Tourism (CIHT).

The Innu way of life alternated between sites on the coast in the summer and, in the winter, camps along the river to track game. The creation of reserves, residential schools, forestry and mining activities gradually restricted the Innu's movements and undermined their occupation of Nitassinan.

"There was already a process of sedentarisation and, like a perfect storm, the dams were added," says Professor Caroline Desbiens, CIHT Chairholder.

The impounding of the Manicouagan reservoir in 1969, followed by flooding of the camp sites near the riverbanks under 130 metres of water, consequently put an end to a certain form of occupation of Nitassinan. But "one should not think that the Innu have completely stopped accessing their territory. The families have gone back to the forest via industrial roads, no longer using canoes but cars," notes Justine Gagnon. A new form of occupation of the territory is possible and the research project, jointly financed by INQ and Sentinel North, aims to promote territorial development through the development of Indigenous heritage and cultural tourism.

Léo Chassiot is a post-doctoral researcher and the initiator of the project with Patrick Lajeunesse, professor of geomorphology in the Department of Geography at Université Laval. Using underwater LiDAR and acoustic imagery and by examining sediment cores, Léo Chassiot and his team are studying the lake bottom to produce a bathymetric map, revealing the sunken relief and seeing how the territory has been modified by the flooding by comparing it to aerial photos taken before the dam was built.

"When 130 metres of water are added to banks made of unstable deposits, there can be landslides that mark the landscape and are recorded in the sediments. We can see sections of banks that have slipped, river channels that have been flooded," explains Léo Chassiot, "and we can also see the banks of the former lake, so we can picture the territory occupied by families some 60 years ago".

"This is where our approaches meet because in cultural and historical geography, we also discuss aerial images with Innu who knew the rivers before the dam to reactivate their memory and find out how their families occupied certain parts of the river," explains Justine Gagnon. There is a rich heritage to be documented, as much on the physical level of the Manicouagan River watershed and its aquatic environments as on the historical and cultural level. "The Lake Manicouagan and Monts Groulx region is relatively unique and understudied," says Léo Chassiot. This explains why UNESCO designated the region the Manicouagan-Uapishka Biosphere Reserve (RMBMU).

Towards a contemporary occupation of Nitassinan

This natural and cultural heritage must become the pillar of cultural tourism and a reappropriation of the territory by the Innu. This is the objective of both the research project and Uapishka Station, which was established on the eastern shore of the Manicouagan reservoir and co-founded by the Innu Council of Pessamit and the RMBMU. Uapishka Station is therefore a natural partner in the project and it is expected that Innu will participate in the field work. "The research process is also a means of transmission of this heritage by the members of the community who are also partners in the project," says Caroline Desbiens. Subsequently, the research results will allow Uapishka Station to develop Innu cultural content to enrich its tourism initiative, which is still focused on adventure tourism. "We hope that the development of knowledge about heritage sites will help to revitalize these sites," Caroline Desbiens continues. On the other hand, "going back to the territory is not just about getting in a canoe and going up the river like the ancestors did. There are many ways to connect with the territory."  Moreover, "the Innu of Pessamit have an agreement with the Ministry of Natural Resources to monitor snowmobile activities in the Groulx Mountains during the wintertime. Territorial agents from Pessamit are mobilized over the entire Nitassinan territory," adds Léo Chassiot. "Today, being a land guardian is a contemporary manifestation of being Indigenous," says Caroline Desbiens. And the research project, in conjunction with Uapishka Station, could lead to other forms of occupation and management of Nitassinan. 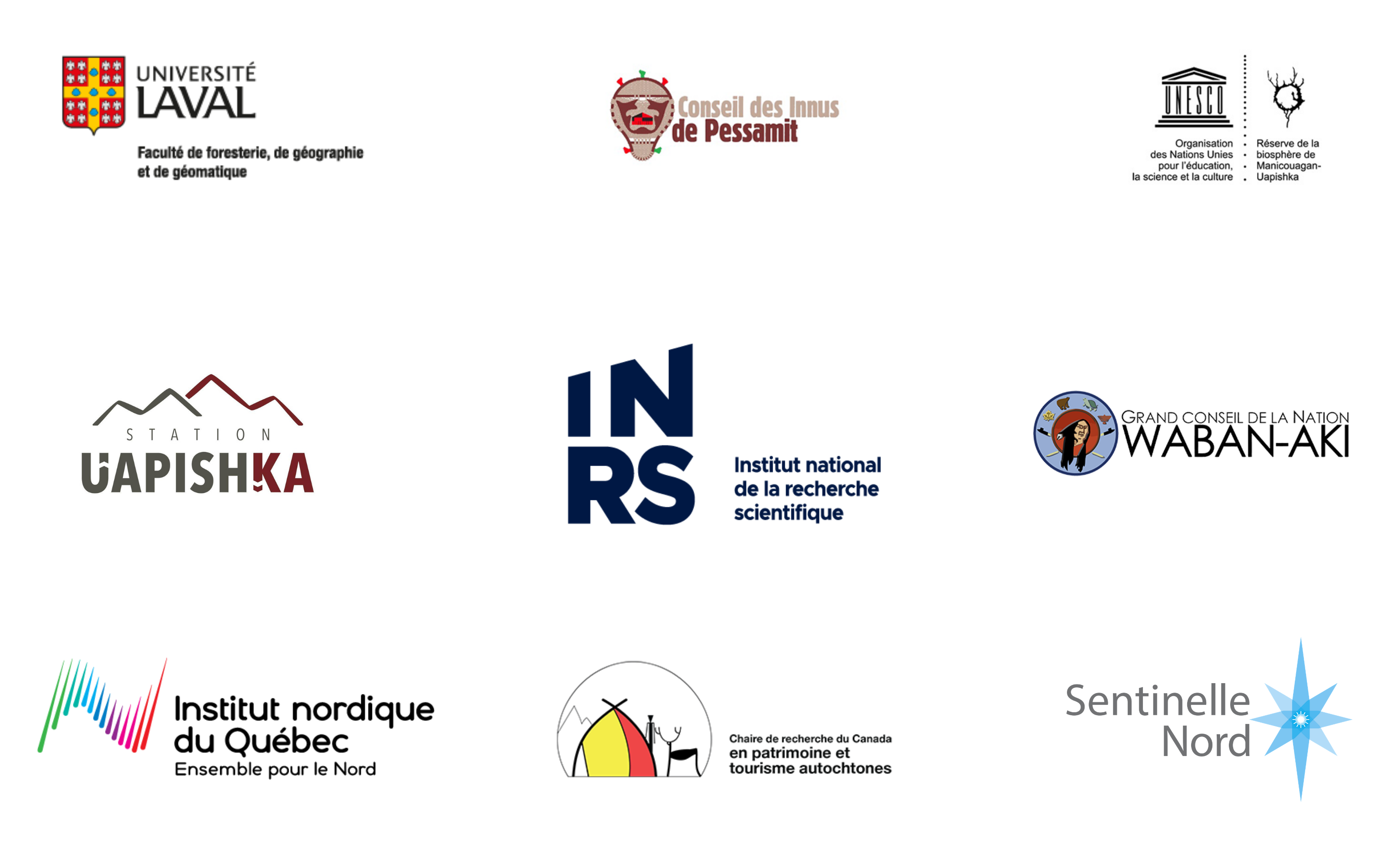