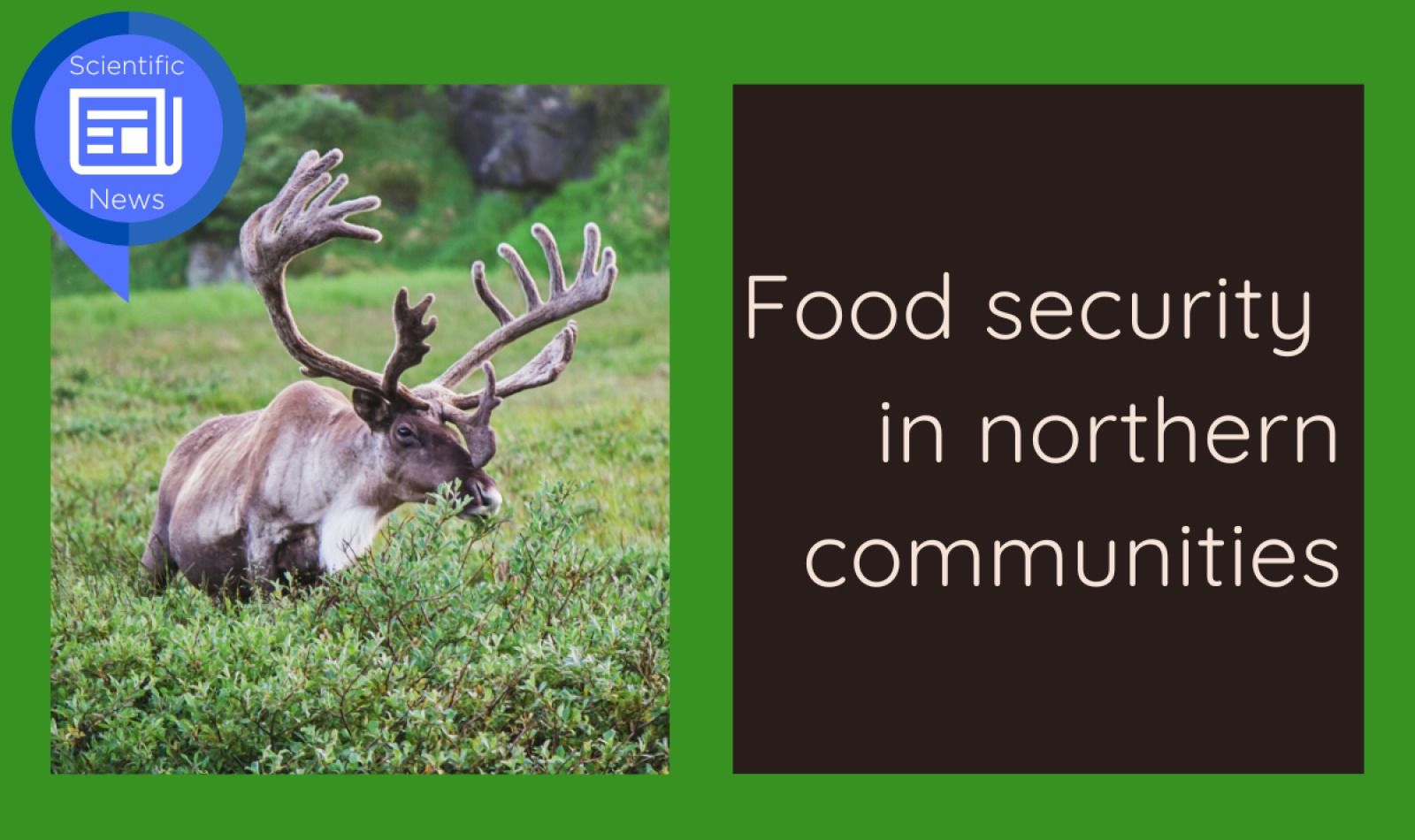 Climate change is transforming ecosystems and therefore the food resources provided by natural environments. For the communities that depend on them, food security is at stake. This is the research focus of Murray Humphries, Director of the Centre for Indigenous Peoples' Nutrition and Environment (CINE), Professor in the Department of Natural Resource Sciences at McGill University and co-principal investigator of the WECLIFS project.

WECLIFS (Wildlife, Environment Change, and Local Indigenous Food Systems) aims to understand the impact of climate change on the lifestyles of Cree and Inuit communities in northern Quebec. Working in collaboration with communities and regional organizations and with a desire to co-construct knowledge, WECLIFS is at the crossroads of social, natural and health sciences. In this vast project, Murray Humphries is responsible for the natural sciences component and is working with his team to describe the food systems of the different communities in the Cree territory of Eeyou Istchee and the Inuit territory of Nunavik based on the animal species that are harvested and consumed there.

The four pillars of food secuity

The availability of species in natural environments is the basic pillar of Indigenous food security. But it is not enough, because the species must also be accessible and attainable. For example, one must have equipment and access to the land to be able to hunt the available animals. This is the pillar of accessibility. The species must also represent adequate food for the community, in terms of nutritional intake and dietary and cultural preferences. This is the suitability pillar. The 4th pillar is the utilisation pillar, which is the harvesting and consumption of what is available, accessible and adequate according to a set of social, cultural and environmental factors.
It is from these four pillars that the food systems of Indigenous communities develop, and to reconstruct them, Murray Humphries' team scrutinized data from surveys on wildlife harvesting conducted in the 1970s and on diet the 2000s. "In general, the Cree prefer moose, beaver and Canada goose, while the Inuit prefer caribou, ringed seal, beluga whale and arctic char," Humphries says. In addition to this overall menu, each region and community has its own unique dietary preferences. For example, some Cree communities supplement their diet with hare, others with ptarmigan or snow geese. Similarly, some Inuit communities also hunt bearded seal, harp seal or polar bear.
These preferences reflect the availability and accessibility of the species in the communities' respective environments, as well as their suitability through use patterns

Utilisation, the key to food security

At the boundary between Eeyou Istchee and Nunavik, the Cree community of Whapmagoostui and the Inuit community of Kuujjuarapik share the same natural area and have access to the same species. Data from the 1970s indicate that caribou and geese were on the menu of both communities. But the respective preferences and utilisation practices of these two cultures have also introduced differences, with the Inuit of Kuujjuarapik harvesting beluga and ringed seal and the Cree of Whapmagoostui opting for whitefish and ptarmigan. Even though the same species are available, Inuit and Cree in this region had different food preferences," Murray Humphries concludes.
Surveys in the 2000s also show that a change in use has altered food systems. For example, beaver, which was the 3rd most harvested species by the Crees in the 1970s, became the 9th most consumed species in the 2000s. Similarly, the ringed seal has slipped from 3rd to 5th place among the Inuit. One explanation is the decline in the fur trade, as both species are hunted for food and furs. "As fur prices fell, the hunting of these species declined and there was less seal or beaver meat for consumption," explains Murray Humphries.
Today, climate change is highlighting the key role of utilisation in food security. Ecosystems and landscapes are changing, with a greening of the tundra that favours the progression of beaver northward into Inuit territory. However, it is not part of the Inuit culture or tradition to hunt or eat beaver. Because this meat is not part of their food preferences, it is generally not used in Nunavik.

« Even if there is availability, accessibilty and suitability, there is no food security if the species is not used », comments Murray Humphries.

The beaver itself is an agent of change in the Nunavik landscape, as its dams alter the flow of rivers and thus the availability and accessibility of Arctic char, a preferred food of the Inuit. In this case, given the lack of utilization, the expansion of beaver in Nunavik may compromise, rather than improve, Inuit food security.

However, use is not fixed and can evolve to allow communities to adapt to new conditions. The co-construction of adaptation strategies for indigenous food systems through socio-ecological change is the ultimate goal of WECLIFS.

Researcher cited in this article

Murray Humphries, director of the Centre for Indigenous Peoples’ Nutrition and Environment (CINE), professor in the Department of Science and Natural Resources at McGill University and co-Principal Investigator of the WECLIFS project.