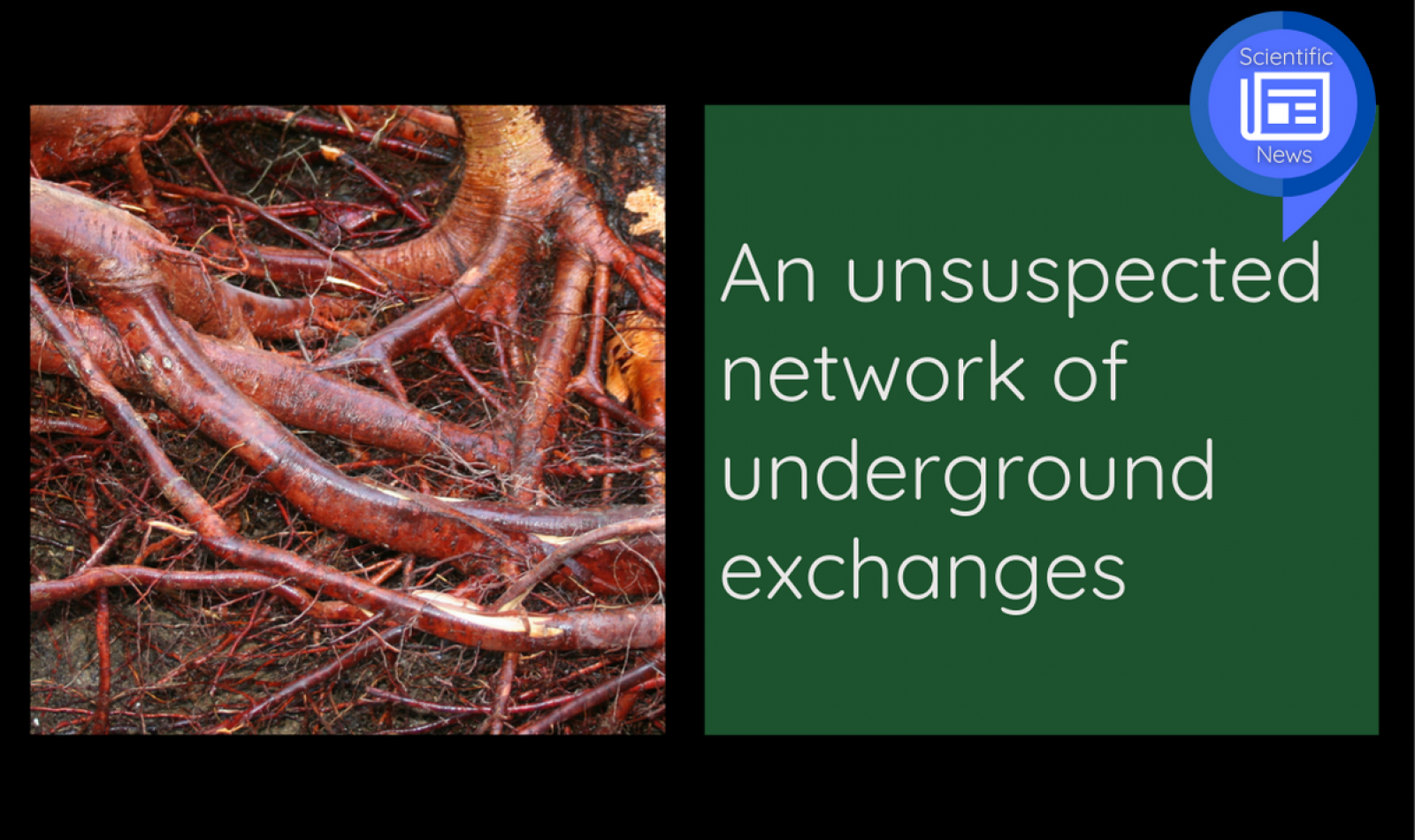 An unsuspected network of underground exchanges

The subsoil of the forest is much more than a carpet of dead leaves and humus. Beneath the surface, sugars, mineral elements and hormones circulate in a double network of fused roots and ectomycorrhizae, as revealed by the work of Annie DesRochers, a professor at the Institut de recherche sur les forêts of the Université du Québec en Abitibi-Témiscamingue.

The intraspecific network of anastomoses

It was a chance discovery that set the stage for years of research. To see if the decline of aspen trees was related to root disease, Annie DesRochers excavated the soil to examine the roots. Instead of pathogens, she was surprised to find anastomoses, or roots of separate trees that had grafted together. This is not a root that produces suckers from which related trees develop, but two or more trees, initially distinct, whose roots merge. While studies in the mid-20th century described anastomoses as anecdotal phenomena, Annie DesRochers and her team regularly discover them. "We excavate 50m2 plots and we have always found them. Between 30 and 50% of the trees are grafted," she reports. She has observed anastomoses on pine, fir, spruce and poplar trees, both in natural stands and in plantations. They can link up to 5 or 6 trees, sometimes 3 metres apart.  The grafts are functional thanks to the formation of common anatomical structures that permit the circulation of nutrients and even hormones.

"Sometimes you see a cut tree that continues to produce growth rings on the stump to close the scar. To produce a ring, you need auxins that are produced in the crown. This suggests that these auxins are transferred from an uncut tree and move up into the stump," describes Annie DesRochers.

It is as if the grafted trees have lost their individuality and become members of the same entity. "We have a single organism made up of several trees that are sustained by the same roots. Photosynthesis takes place in the crowns and the sugars are transported into the common root system. If the conditions are right, the water and sugars will be shared between the individuals," she continues.By studying resource allocation in pairs of grafted trees of different sizes, she found that if the smaller tree is defoliated, it receives sugars from the larger one. But the reverse is also true, if the larger of the two is defoliated, the photosynthetic activity of the smaller tree increases to supply sugars to its larger counterpart.

This sharing allows the grafted trees to better resist insect epidemics or summer droughts, but if resources become limited and the trees compete, the sharing stops. "When conditions are favourable, the surplus goes to the neighbour. If conditions are unfavourable, it is the biggest tree that will draw energy and water to itself and there is no sharing," summarises Annie DesRochers. Just as a single tree self-prunes its lower branches that receive less light, grafted trees react as a single organism and abandon the non-productive parts. Sometimes the graft loses its benefit, as Annie DesRochers has observed in plantations after commercial thinning. When a grafted tree is cut, its root system is kept alive by the uncut grafted partner. Because the ungrafted tree continues to share resources with a tree that no longer exists, its own growth is compromised relative to that of the surrounding ungrafted trees.

The anastomoses brought to light by Annie DesRochers reveal a subterranean network of nutrient sharing, but exchanges are limited between trees of the same species. There is another, broader network, that of ectomycorrhizae.

Chanterelles, boletes and other cap mushrooms are the external fruiting bodies of ectomycorrhizae. In the soil, these fungi weave a network of mycelium that associates with the roots to live in symbiosis with the trees. The mycelium of ectomycorrhizae penetrates between the root cells, while that of endomycorrhizae penetrates the cells," says Mélissande Nagati, who carried out her doctoral project on ectomycorrhizae under the co-direction of Annie DesRochers. In this symbiosis, "the tree exchanges sugars from photosynthesis for nutrients from the degradation of soil organic matter by the fungus," explains Mélissande Nagati. Ectomycorrhizae have their own preferences and do not associate with just any tree species, but they are generally capable of establishing a symbiosis with several species, just as a tree can be colonised by a procession of several ectomycorrhizae species. A whole network of nutrient circulation is therefore established underground, linking several species of fungi and trees.
But the exchanges are not always equitable and beneficial for all partners, as Mélissande Nagati discovered when she examined the mycorrhizal assemblages associated with balsam fir. Previous studies showed that fir establishes itself better near aspen than black spruce, and the doctoral student wanted to see if the composition of the mycorrhizal community associated with spruce or poplar could explain this difference in fir growth. However, her analyses showed that the culprits were the ericaceous shrubs that grow under the spruce trees. In their presence, not only is the mycorrhizal community different, but the nitrogen nutrition and growth of the firs is reduced. "Relative to its neighbours, the fir tree does not have the same fungal associations and this has a direct impact on its nutrition. One hypothesis is that there are mycorrhizae that are common to both fir and Ericaceae and that the ericaceous shrubs take up what could have gone to the fir," suggests Mélissande Nagati.

This illustrates the complexity and importance of the underground exchange network. "It gives us another vision of soils, which are not only a storehouse but also a place of exchange that guides forest development," concludes Mélissande Nagati.

Information about the researchers

1 -  Annie DesRochers is a professor at the Institut de recherche sur les forêts of the Université du Québec en Abitibi-Témiscamingue. She is also co-director of the "Natural Resources" research axis of the Institut nordique du Québec.

2 - Mélissande Nagati did her PhD under the co-direction of Annie DesRochers.