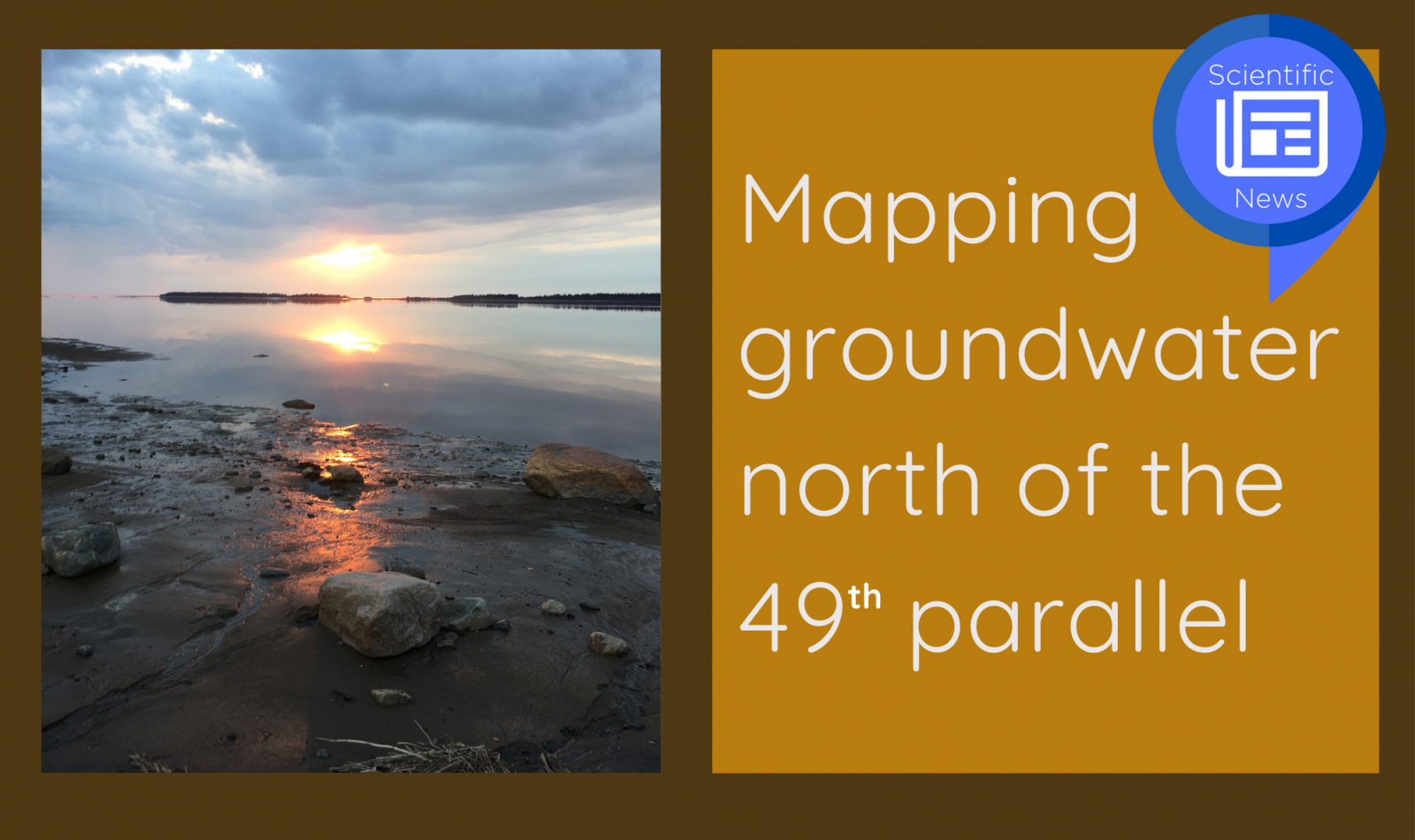 Water does not only flow in lakes and rivers. It also circulates under our feet, in aquifers, made up of fractured rock or porous granular sediments. It is from these aquifers that 25% of Quebec's drinking water is drawn. Ten years ago, however, there was a great lack of knowledge about the quantity and quality of groundwater. We were drawing from an unknown source. This is why in 2008, the Quebec government launched the Quebec Groundwater Knowledge Acquisition Program (Programme d’Acquisition de Connaissances sur les Eaux Souterraines, PACES). Today, the approaches and knowledge developed under PACES benefit the Cree Nation.

Extension of PACES to the North
Initially, PACES was developed by universities in the framework of regional partnerships to map aquifers in municipalized territories located south of the 49th parallel. Vincent Cloutier, professor at the Amos Campus of the Université du Québec en Abitibi-Témiscamingue started the project for eastern Abitibi in 2009 and was joined by professor Éric Rosa in 2012 to complete the mapping in western Abitibi and Témiscamingue. But further north, the Cree Nation territory, was excluded from the program. "There was no reason for PACES projects to stop in southern Quebec, they had to be extended northward," says Vincent Cloutier, arguing that we cannot ensure sustainable development in the North without knowing which resources deserve protection.

Moreover, he continues, "the communities are not necessarily against development, but they want to have the knowledge to judge for themselves and as equals with the promoters of development projects."

The two researchers then approached the governments of Quebec and the Cree Nation to take the PACES programme north. In 2016, the Grand Council of the Crees published a resolution underlining "the crucial need and obligation to include the territories located north of the 49th in the provincial water strategy", the Quebec government granted funding in 2017 and a first project took place on the territory of the Cree community of Eastmain.

Focus on Eastmain
If the Eastmain Cree Nation was particularly interested in the project, it is because access to water has become an issue.

"Upstream of the Eastmain River, water has been diverted to the reservoir complex that feeds the La Grande River. At Eastmain, the river's flow has been reduced and salt water from James Bay is flowing back into the river," explains Éric Rosa.

This saltwater intrusion could also reach the coastal aquifers that the community relies on. Consequently, UQAT researchers and Cree partners from Eastmain collaborated to map the aquifers in the river's watershed. Together, they developed a questionnaire to conduct interviews in the community and gather information about the water present in the territory: where are the water sources, are there cold water inflows in a lake, salt water inflows... An area of cold water in a lake or river is an important clue because it potentially indicates an arrival of groundwater and therefore the presence of an aquifer nearby. This participatory mapping laid the groundwork for the field work. At the request of Chief Kenneth Cheezo, the researchers developed a microprogram in hydrogeology at UQAT to provide credited training to community members. Dylan Mayappo and Stephane Gilpin, who had previously conducted the interviews, are currently registered in the program and are learning how to sample water, conduct physico-chemical measurements and interpret the results. Analyses of the findings are underway and should lead to a mapping of the territory's aquifers of which the community can take ownership.

Two-way learning
The aim is to develop local expertise so that the Cree can use the knowledge gained about aquifers from their own perspective and for their own benefit. "One idea proposed by Dylan Mayappo is to identify aquifers located near access roads in the territory to develop a possible network of wells, thus contributing to the access and protection of the resource," reports Éric Rosa. The knowledge will also enable the Cree to better understand the technical language of reports produced by companies that want to implement mining, forestry or other projects and to assess the risks to aquifers on their territory.

But the UQAT researchers have also learned some lessons. "Lessons on how to conduct research projects, " says Éric Rosa. "I realised that we were trying to get information from the people in the community and to incorporate Cree tradition knowledge into our academic consciousness. Instead, we have to give space to different points of view. Now I'm trying to do two parallel studies, with Cree knowledge and Western science, I'm especially careful not to incorporate one in the other, but rather to create bridges between the two." It seems that the lesson has been learned and that the Eastmain community appreciated the collaboration. A second project is about to begin in Chisasibi. "If they hadn't liked how the project went in Eastmain, the door wouldn't have been opened in Chisasibi," Vincent Cloutier says.

Scientific publications related to the project

Information about the researchers

1: Vincent Cloutier is a professor at the Research Institut of Mines and Environment (RIME) of the Université du Québec en Abitibi-Témiscamingue (UQAT). He is the scientific director of the Groupe de recherche sur l'eau souterraine (GRES) of UQAT. He is a researcher affiliated with the Institut nordique du Québec.

2: Éric Rosa is a professor at the Research Institut of Mines and Environment (RIME) of the Université du Québec en Abitibi-Témiscamingue (UQAT). He is a professor-researcher at the Groupe de recherche sur l'eau souterraine (GRES) of UQAT and a researcher affiliated to the Institut nordique du Québec.