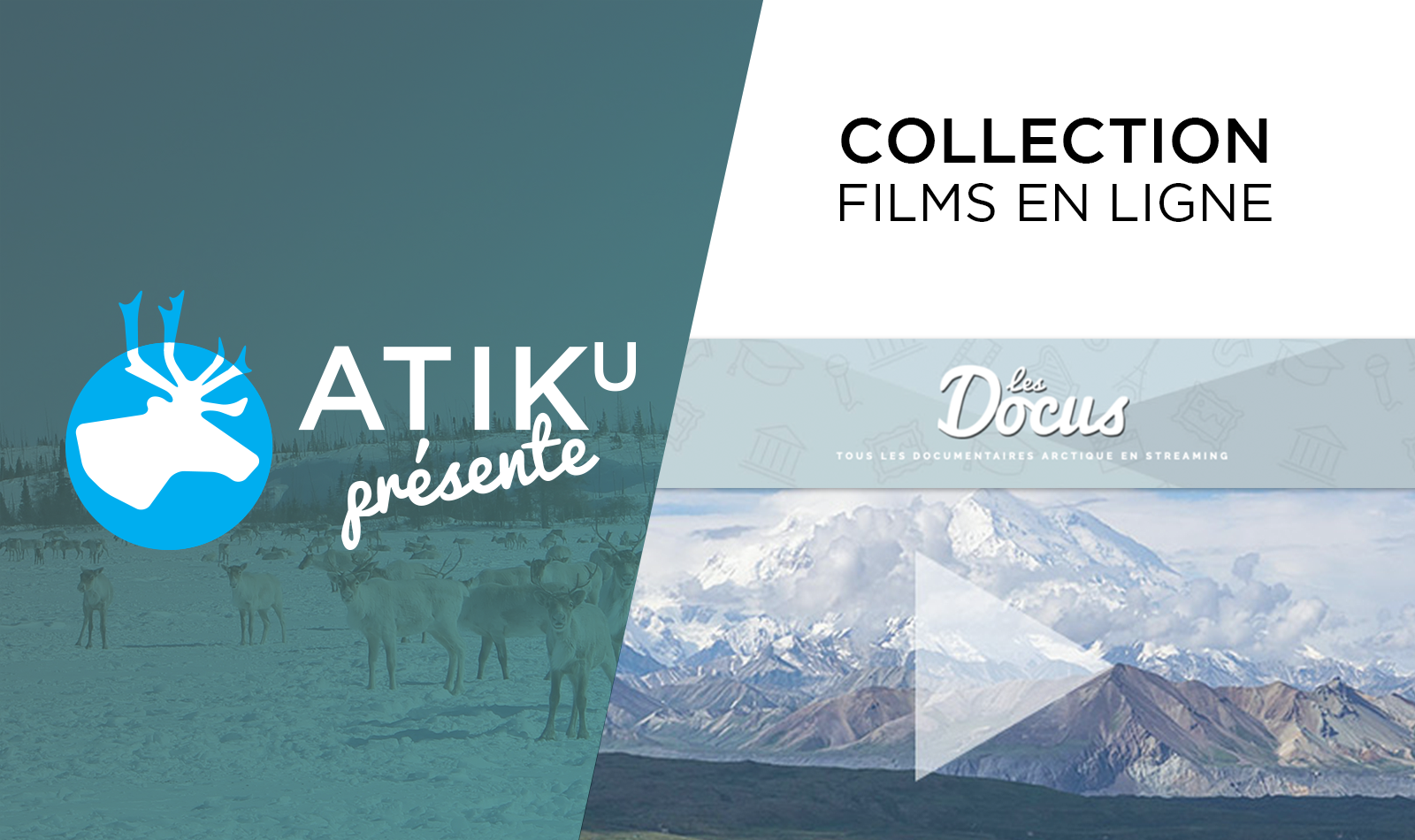 Don't know what to watch on your next movie night?

Whether it's to quench your thirst for knowledge or simply to entertain yourself, Les Docus offers you a bank of 58 French-language open-access documentaries with northern themes. Here are some of our recommendations:

For explorers at heart, Arktika is a series of 5 episodes of about 27 minutes in length that follow the journey of Gilles Elkaim, polar explorer and physicist by training. His journey took place between 2000 and 2004, when he decided to undertake a solo crossing of the entire Eurasian Arctic, unaided and without motorised support. It is an adventure that takes place on foot, by kayak and by dog sled, from North Cape in Norway to the Bering Strait.

visit the site (in French)

For fans of prehistoric sea monsters, Dinosaurs of the Arctic is the documentary for you. Did you know that the subsoil of Svalbard is full of fossils of large reptiles like plesiosaurs and ichthyosaurs? This light-hearted documentary follows the discoveries of palaeontologist Jorn Hurum's research team as they attempt to unravel the mystery of how the tracks of large marine predators can be so ubiquitous despite the complete absence of their prey, at a time when the icy waters of the ocean completely covered the island of Svalbard.

vist the site (in French)

For fans of weather cataclysms, Chasing the Polar Storm follows a group of scientists as they track down one of the most unpredictable and fearsome phenomena in the Arctic. In this race against time, an international team of scientists will have only three weeks to unravel the mystery surrounding polar lows, a short-lived cyclone that causes gales of up to 32 metres per second.

visiti the site (in French)

Atiku's online film collection assembles nearly nineteen video resources in continuous broadcasting, both in open access and with institutional license, all under the theme of the North and the Arctic. Whether you are looking for a documentary on the habits and customs of northern civilizations, or a report on environmental phenomena, you will find what you are looking for.

Atiku is a knowledge portal on the North and the Arctic that offers the best local and international documentary resources. Composed of three thematic collections and six document collections, Atiku contains a wealth of information on the North for both academics and the general public.